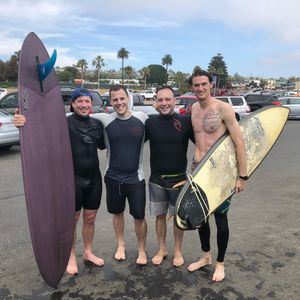 Formed in Encinitas California, Cambrian Shores consists of Southern California natives and longtime friends who grew up near the ocean and surrounded by music. Their sound reflects this blend of passions, creating a unique and diverse blend of acoustic/electric rock. What began as a pastime at the beach between surf sessions became Cambrian Shores.